Showing posts from 2011
Show all

Lawyers in abuse case claim Salinas PD is too tight with accused priest to investigate. 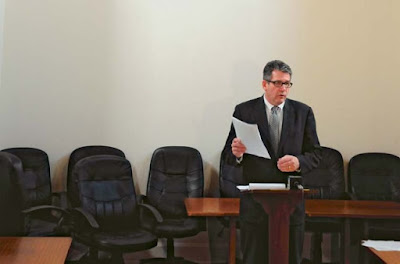 Damned If They Do: Diocese administrator Tom Riordan says “We’re criticized if we don’t do an investigation, and we’re criticized if we do an investigation.” Photo by Nic Coury. Separating Church and State Lawyers in abuse case claim Salinas PD is too tight with accused priest to investigate. By Sara Rubin Thursday, March 10, 2011 Attorneys representing the victim of alleged sexual abuse at the hands of a Catholic priest have asked the Salinas Police Department to recuse itself from the case, citing an entrenched relationship between law enforcement and the alleged perpetrator.

“We believe the Salinas PD has an unavoidable conflict in this case,” lawyers John Manly and Vince Finaldi wrote in a Feb. 22 letter to Salinas Police Chief Louis Fetherolf and Deputy Chief Cassie McSorley.
Salinas police would not comment on the letter. “We’ve investigated our own employees, so I don’t know what the conflict of interest would be,” says police spokesman Lalo Villegas.

- March 05, 2011
I will be very active posting all kinds of articles, pictures and info there

- February 25, 2011
By CHARLIE SAVAGEWASHINGTON — Federal law enforcement officials, trying to uncover the sources of a New York Times reporter, James Risen, obtained extensive records about his phone calls, finances and travel history, according to a court brief filed late Thursday.Prosecutors gathered “various telephone records showing calls made” by Mr. Risen, as well as “credit card and bank records and certain records of his airline travel” and three credit reports listing his financial accounts, the document said.
The brief was filed by lawyers for a former Central Intelligence Agency official, Jeffrey A. Sterling, who has been charged with leaking classified information to an unnamed reporter. The details of Mr. Sterling’s indictment, which was unsealed earlier this year, made clear that prosecutors believe he was a source for Mr. Risen’s 2006 book, “State of War: The Secret History of the C.I.A. and the Bush Administration.”
One of the book’s chapters details a C.I.A. program in 2000 …
Post a Comment
Read more

- February 25, 2011
2/25/11 Quote during interview with Alex Jones: "...Guys, it’s right there in the thing, duh! We work for the Pope, we murder people. We’re Vatican assassins. How complicated can it be? What they’re not ready for is guys like you and I and Nails and all the other gnarly gnarlingtons in my life, that we are high priests, Vatican assassin warlocks... "Hear it here More Here

Comment from Vanity Fair article: "This is not just about Charlie Sheen. Any TV show is a team effort involving hundreds of people. The selfishness displayed by Charlie Sheen this week means that a large number of people will lose their jobs. Sheen can go for a long time without work, but the grips, make-up, wardrobe, lighting, filming, editing specialists, writers and other production staff cannot. We all want C…
4 comments
Read more

Oliver Cromwell (25 April 1599 – 3 September 1658) was an English military and political leader best known in England for his overthrow of the monarchy and temporarily turning England into a republican Commonwealth and for his rule as Lord Protector of England, Scotland and Ireland.

The U.S. Army ordered a "psychological operations" team to manipulate visiting U.S. senators into pushing for more funding and troops for the war in Afghanistan, according to a report in Rolling Stone magazine.
Three-star U.S. general Lt. Gen. William Caldwell is accused of deploying propaganda techniques, which the Army says are intended to "alter the behavior of foreign populations," against visiting U.S. dignitaries to Afghanistan in a potentially illegal, months-long operation to lobby Congress. Caldwell is responsible for the training of Afghan security forces.

Gen. David Petraeus, the commander of operations in Afghanistan, told reporters today he was calling for an investigation to "determine the facts and circumstances surrounding the issue."

By BRIDGET FREELAND       LOS ANGELES (CN) - In a federal class action, Muslims claim the FBI hired an "agent provocateur" to infiltrate mosques and "indiscriminately collect personal information on hundreds and perhaps thousands of innocent Muslim Americans in Southern California." The class claims the agents had their snitch provide illegal drugs to Muslims and snoop on their sex lives, and that the fruitless "dragnet investigation" did not end until "members of the Muslim communities of Southern California reported the informant to the police because of his violent rhetoric, and ultimately obtained a restraining order against him."
Represented by the ACLU and Council on American-Islam Relations, the three named plaintiffs say the FBI's agent provocateur's "violent rhetoric" about "jihad and armed conflict" disrupted their religious practice.
The class claims the FBI has been profiling Muslim …
Post a Comment
Read more 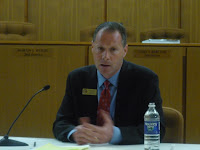 WAUWATOSA — Survivors Network of those Abused by Priests (SNAP) questioned Thursday whether state Sen. Jim Sullivan allowed his Catholic faith to influence his legislative actions on a measure concerning child victims.
The Wauwatosa Democrat described the allegation as groundless.
The measure at issue is the Child Victims Act, a bill that would have made it easier for victims of clergy sexual abuse to file lawsuits. The now-dead measure, first introduced in 2008, would in part have erased the statute of limitations on civil lawsuits against child sex abusers. That could have led to a flood of lawsuits against several Wisconsin churches.
The Survivors Network of those Abused by Priests alleged that the reason Sullivan opposed the measure was because he feared that his church would deny him communion, a sacred Catholic rite.
As proof, SNAP distributed a Dec. 16 e-mail that lobbyist Joe Strohl had written to a colleague. In it, Strohl wrote of a conversation he had with Sullivan the previous…
Post a Comment
Read more

London, Feb 20(ANI): Double murder-accused US official Raymond Davis has been found in possession of top-secret CIA documents, which point to him or the feared American Task Force 373 (TF373) operating in the region, providing Al-Qaeda terrorists with "nuclear fissile material" and "biological agents," according to a report.

Russia's Foreign Intelligence Service (SVR) is warning that the situation on the sub-continent has turned "grave" as it appears that open warfare is about to break out between Pakistan and the United States, The European Union Times reports.

The SVR warned in its report that the apprehension of 36-year-old Davis, who shot dead two Pakistani men in Lahore last month, had fuelled this crisis.

According to the report, the combat skills exhibited by Davis, along with documentation taken from him after his arrest, prove that he is a member of US' TF373 black operations unit currently operating in the Afghan War Th…
1 comment
Read more 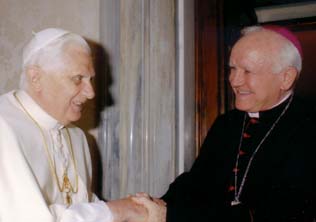 VATICAN CITY (CNS) -- The top church official in Libya said the country's current unrest was based on legitimate requests by young people for a better future.
Libya, unlike Tunisia and Egypt, has the resources to satisfy those requests, Bishop Giovanni Martinelli, the apostolic vicar of Tripoli, told Vatican Radio Feb. 21.
"The people are asking for some things that are just. And they are fundamental requests of young people: to be able to have a house, a better salary, a job," Bishop Martinelli said.
Libya is relatively well-off, he said, "and perhaps here is where the crisis arises: Young people see a country that could help them, but that doesn't."
The comments came after several days of protests and armed retaliation by the forces of Libyan leader Moammar Gadhafi. Several hundred people were reported killed in the skirmishes, and parts of the country were said to be under opposition control.
Bishop Martinelli said it was difficult to foresee a resolution of …
Post a Comment
Read more

George Washington: or, Life in America one hundred years ago By John Stevens Cabot Abbott 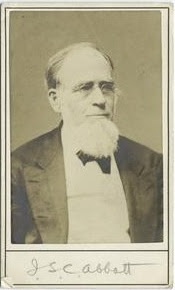 This is a very good book written by a renowned historian. In this book, John Stevens Cabot Abbott catches and shares a rare glimpse of George Washington that inspired me.
A little bit about the Author: John Stevens Cabot Abbott (September 19, 1805 – June 17, 1877), Was an American historian, pastor, and pedagogical writer, born in Brunswick, Maine. Education: Bowdoin College, Andover Theological Seminary (Baptist).
Some excerpts from the book:
George Washington's UPBRINGING: "It is the uncontradicted testimony that the mother of George Washington was, by instinct and culture, a lady; she had a superior mind, well disciplined by study, and was a cheerful, devout Christian." Page 12

George Washington's HONESTY: One morning, as the colts were feeding upon the lawn, George, who had some companions visiting him, approached the high-blooded steed, and after soothing him for some time with caresses, watched his opportunity and leaped upon his back. The colt, for a moment, seem…
2 comments
Read more

Pakistan says American's CIA link has no bearing on

- February 22, 2011
(Reuters) - Pakistan insisted on Tuesday that the courts would decide the fate of an American detained on murder charges, even after it was revealed he was a CIA contractor whom Washington says enjoys diplomatic immunity.

The case of 36-year-old Raymond Davis, a former U.S. special forces officer, has strained the already-uneasy alliance between the United States and Pakistan, who are supposed to be united in the face of Islamist militants waging a war in Afghanistan.

Davis' killing of two Pakistani men in the eastern city of Lahore last month has inflamed anti-U.S. sentiment in Pakistan, effectively giving the government little choice but to prosecute him in court. His trial for murder beings on Friday, February 25.

The United States, however, says Davis has diplomatic immunity and should be released immediately. Davis says he acted in self defense against what he said were armed robbers, and is currently being held in a Lahore jail where, despite tight security, some U.S. offici…
Post a Comment
Read more
More posts